Hiya. So I am back after a mini sabbatical. Well, a sabbatical from 90MofH, I still did scribblings for The Guardian every now and then (plug!: http://www.guardian.co.uk/football/blog/2012/sep/14/mls-portland-timbers-seattle-sounders-cascadia-cup). But now that we're back, I want to share some exciting news: the official domain name of www.90minutesofhopp.com reached it's one year anniversary! I know this because I received a scary email saying that my domain name had expired. To celebrate [my paying another $10], we launched a QR code for quick an easy access to the site! (Note: by "we" I mean, "I") While the code works (or, so I am told), it is also 100% useless as you're already on the site. Maybe I'll start making secret QR codes within posts...  anyway, here she is: 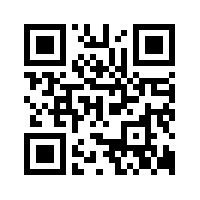 Anyway, I needed some time off after a summer of heartbreaks (a few real, a few not; seriously though, go hug your pet), but now I am back.

Because JDG dragged me back! We Filipinos look out for each other, you know! Anyway, I just wanted to shoot out this post quick, while it was on my mind. I promise I will start writing again more (properly), especially after I was tweeted this:

Annnnnnd, especially now that I booked my time off for CH/IT2012 (Switzerland/Italy for the Young Boys – Udinese Europa matchups); you will have the chance to follow me* on my pilgrimage** home***. Look out for my upcoming travel plans! But, I digress…

The point of this post: by now I am sure you’ve read about the he-said-he-said between JDG and Paul Mariner. If you haven’t, let me give you the poor man’s Coles Notes: allegedly, PM told JDG that he wanted to send De Guz to Dante’s 9th Circle of Hell. I’ll wait while you Wiki it.

Now, De Guz has been with Dallas since July 13—first game played on July 18—so why wait basically two full months before publicly flip PM off? Well, my dear and beautiful reader, he wasn’t flipping PM off, he was flipping Toronto off.

His comments on what a big, bad, meanie PM is came right after a phenomenal game winning goal against Vancouver. A goal, mind you, that accompanied (almost) every article that discussed the PMvJDG scandal, via a YouTube link. A goal you probably watched, but wouldn’t have otherwise.

The point being, it doesn’t matter what PM said, or didn’t say; that wasn’t the reason why JDG wanted to make headlines; and what better way to do it than adding a new chapter to the Sweet Valley High drama that has become TFC. He needed a forum for TFC fans to see what he was capable of… away from them. JDG forced us all to see: he is better as one.

And you know what? Good on ‘em. 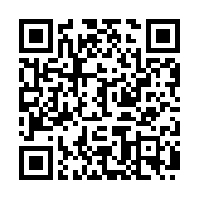 Mystery QR. And, you're welcome.

*Metaphorically, silly.
**Sorta pilgrimage. I’ve been to CH/IT tons of times, but this is more of a soccer pilgrimage. I have seen YBs play at home before, but not for a European Cup.
***Sorta home. I’m from Zug, not Bern.
Posted by Sonja Cori Missio at 21:47