This is going to be a quick post because I have an oil treatment in my hair and I am only suppose to leave it in for 15 minutes. But the longer it’s in, the better, right? You guys tend to forget that sometimes (sometimes) I’m girly. For example, I wear dresses, and have a Hello Kitty ipod, and like lemon flavoured things. Oh sure, I use the word “cunt” (only when talking... yelling... about Juve) and I’ve been known to make the odd grown man or two cry, but really, I am a lady. God dammit.

Speaking about being a lady, I wasn’t kidding about the “on-a-date-when-the-Hassli-news-broke-thus-ruining-my-date-and-any-future-I-had-with-the-poor-kid-(who-I-was-on-the-date-with,-not-Hassli)” tweets. Needless to say, I was excited and the poor guy was not. Well whatevs because, HOLY SHIT WE GOT HASSLI. Remember when you all scolded me for going on about Hassli? When you all made fun of me for saying he was dreamy? Ahem:

Point being, I am getting a Hassli TFC kit as soon as possible. And then sleeping in it. Actually, my folks are in CH in a few weeks, I wondering if they could pick me up a FC Zurich kit (just joking! I prefer Grasshoppers over FC. That, and I’ve already asked for a YBs shirt). Look for the girl with a grin and "Hassli" on her back this Saturday. I’ll be the one beaming. Also, I am convinced the Little Rabbit is Swiss. And not just in a Super League way.

Now, I know what you’re thinking: “Sonja, what about Chad? And you’re pretty.” Well, thank you. Chad will always have a special place in my heart, however, the majority voted that it would be creepy to send him my post on wanting to date him (plug!: http://www.90minutesofhopp.com/2011/10/win-date-with-chad-barrett.html) so, Chad will always be the one who got away. But, the decent and likable Jerrad Peters recently made a good point (I know, I’m like, totally shocked too!), stating:

Anyway, like I said, I’ll be all smiles on Saturday, and even more smiles on Wednesday. Because on Wednesday I will be in a Swiss National Jersey, for August 1st: Swiss National Day, or Schweizer Bundesfeier (which I have never called it). There will be fireworks. In my eyes. Unless BMO wants to do me a favour. I’m sure Frei (and the secret Swiss, Hassli) would totally appreciate it. I’ll bring the Kägi Fret!

Anyway, I have a renewed spirit in TFC, in fact, while we’re on the topic of Frei, let’s all remember the following: 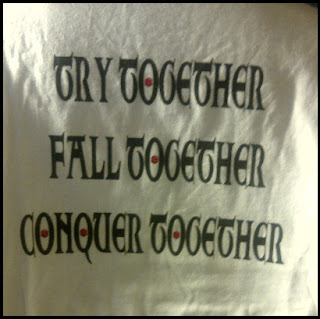 (The shirt I actually sleep in at night)

See you Saturday. And Wednesday. 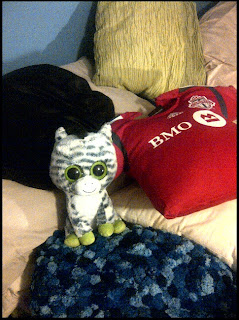 My new good luck charm once the season starts.
Post post script: Oh, I’ve been meaning to ask, does anyone one have a blue TFC jersey that they want to sell me?
Posted by Sonja Cori Missio at 22:13