Man, what a day on Sunday!
Udinese kills me. Or, will kill me. I have never experience so many near heart attacks in such a small amount of time. The first 52 minutes? Total beauty; a game to be remembered. The last 38 minutes (PLUS FOUR! FOUR!), left me and my dad screaming, swearing, flipping off the tv, demanding my mother bring us lunch to the family room (it was Mother’s Day…),  and promising to sell our souls for a win.
But, in the end, Udinese was victorious. Which, by the way, I am glad for also because I thought Toto was going to collapse as he was pacing the side of the pitch. My dad and I laughed, we cried, we ate the great lunch my mum slaved over. Perfect Sunday morning. And, I will honour my promise: I will fly to Udine and kiss the right goal post. And, as of today, Erik's with me:


RT @erikmissio: Grazie, Donkeys. If Udinese makes it to Champions' group stage, @sonjamissio and I are flying across the Atlantic.
But then, then came United – Chelsea.
What a great game! I think my favourite part is when Fergie broke down crying in the middle of it and stormed off the pitch. 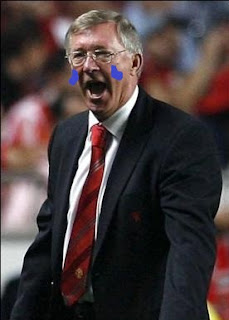 (Note the tears of Blue).
Chelsea breezed through effortlessly, going up 0 – 4 in the first, and finishing it 1 – 7. The one United goal of course was due to Cech feeling sorry for them. Being such a great guy, he moved out of the way (and gave a little tap) when a red face Rooney tried another useless attempt to break through the Chelsea defense in the 78’.
You could have sworn that they had an extra Italian on the team.
Oh, and I forgot to mention the part where Jose flew in by helicopter (Chelsea does shit like that you know) and announced that he would be coming back as manager.
Then, he proposed to me.
And bought me a puppy. 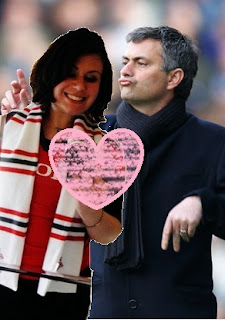 (Rather lucky that heart floated into the picture just as it was being taken).
And something about Man City doing something too. But I forget what. Are they a team or something?
What a great day!
Hopp,
scm.
Post Script: Please note, Torres still did not score.
Post Post Script: I know, I know, #couch.
Posted by Sonja Cori Missio at 21:10