I haven't posted for a while because I have been putting together this:
My Comprehensive Style Guide to the 2010 World Cup Uniforms
Disclaimer: I have no fashion sense.
Lucky you! Anyway, I decided to organize this by Group, with each Group having it's own posting, so it's not just one, long, jumbled mess. I had fun putting this together, so I hope you enjoy reading it.
Few things to state though, I am a Puma fan, I am not crazy about Adidas and I think Nike is usually tacky.
Let's start with...
GROUP H
Spain 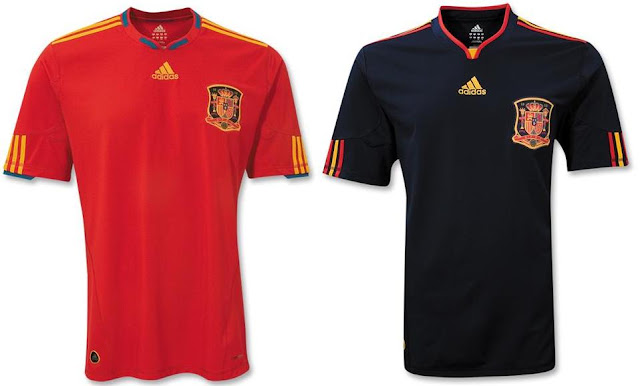 Spain has decent shirts this year. Typical from other years, nothing too flashy or too blah. I don't particularly like the red of their home jersey (I don't like red in general), but I do really like their away colours and design. Regardless, both are going to be big sellers.
Switzerland 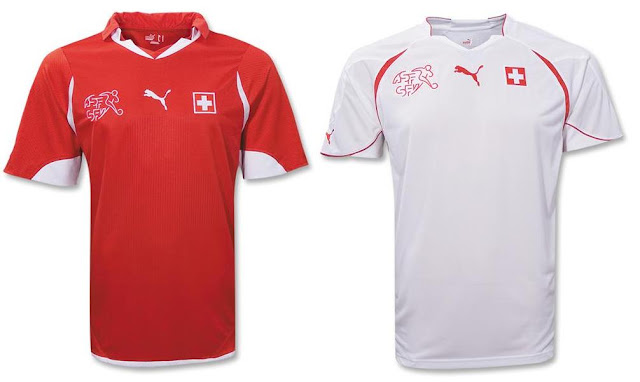 Well, it's hard for me to not be bias here, but let's try it anyway. I quite like the retro feel of the shirt, especially the Swiss cross on the chest, also I like the lines and the shape (especially on the away shirt). What I don't like is the collar (on the home shirt) or the red with the white under bit. Stupid country's stupid colouring.
Honduras 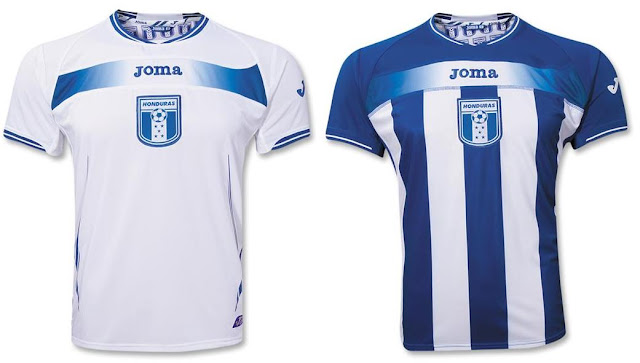 Their home shirt is a little boring and simple; but I do like the Honduras symbol in the middle and the fact that it's made by Joma (http://en.wikipedia.org/wiki/Joma). Their away shirt is better, and a little more animated, but really, it doesn't matter because they are not getting past the group stage.
Chile 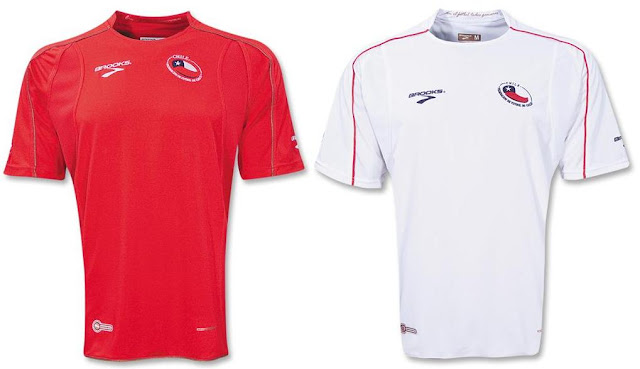 Both the home and away shirts for Chile are painfully symbol. Nothing memorial, original, or nationally cool. I would go with someone other than Brooks next time around, but again, don't worry about it because they are not getting past the group stage.
Group G next.
Hopp,
scm.
Posted by Sonja Cori Missio at 19:41