Before we begin quick survey: I'm thinking about writing under my grandmother's maiden name, what do you think of me becoming Sonja Cori Sochayseng?

Anyway, a few weeks ago, I decided I wanted to learn how to bike. So a couple of weeks after that, accompanied by Jim and his Jeep, I went down to my local Gears and bought a bike. Now, I sort of knew how to bike as a kid, but whenever I am not immediately good at something, I refuse to ever do it again. So, when I wasn’t immediately the best biker in the world (due to, what I am sure is, an inner ear problem), I quit and didn’t bother again.

This may also explains why I don’t post to my blog very often.

Anyway, now that I'm older, I naturally assumed that I would be, well, a natural. Therefore, I bought the bike, a helmet, a chain, and a bell (still in the market for lights and a basket; the basket is boss) and decided to become a biking pro. So, this evening, I went for my first solo bike ride and I did well! I mean, everyone who rode (much faster) past me was dressed for/acted as in the Tour de Lorne Park as I was on my pink bike with my hair in pigtail braids, but whatevs, I didn’t fall. And I only wobbled a few times. And, for the most part, biked on the road. And only got lost once.

Anyway, here’s a list of things I managed not to scream at as I peddled past:

This list is 100% true. When I told my father his was response was, “the bus could of squished you like a bug!” It’s that sort of encouragement that results in a 25 year old being proud for not screaming as much as she could have (note: I did not list the things I did scream at) on her first solo bike ride.

So what does this have to do with soccer? Nothing, geez. I was just trying to tell you about my evening, you jerk. Fine, we’ll just move on.

So, soccer. I was going to write a long piece about the Olympics and the Bronze Blunder, but I don’t feel like rehashing it. I will, however, bring up a few key points, that, if you run into me on Wednesday or Saturday at TFC, I would love to discuss further with you (maybe):


Long story, short? I was streaming the end of the Bronze game at work. When Matheson scored, I immediately screamed. And hugged (very confused, and somewhat frightened) co-workers. And blinked back tears. And never felt more Canadian in my life.

However, while the pridefor the Women’s National Team is still swelling inside me, it does not compare to the pain, and fear, and nausea, and dread, and hate, that is bubbling inside of me for the return of Udinese. Seriously, between Champions League (fuck you, Braga) and Serie A, I am going to start a pool of when I develop my first ulcer. Closest person to guess without going over wins a night of trying to comfort me in my emotional distraught-ness. I'll provide the popcorn!

And I wonder why I’m single. 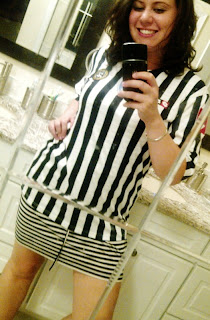 (the Frankenstein’s Monster of Udinese dresses)

Alè Udin and I will see you at BMO on Wednesday/Saturday.

Post script: With no one snapping up Serie A rights for television yet, I may be forced to start taking the Bundesliga seriously. So, what better way to do that than this: 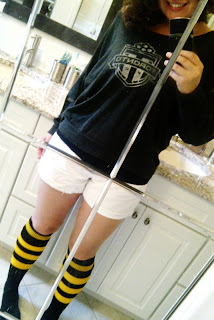 (yes, I take bathroom pictures. And yes, it's often)
Posted by Sonja Cori Missio at 21:44