Actually, his first soccer game, ever, possibly. That, you know, he didn’t participate in when he was in gr. 6 (fun fact: he will be wearing that gr. 6 jersey tonight! … seriously). Now, I’ve known Jim for a long time, since C1-C2 Grade 9 Science (“C1 – C2” just made me laugh out loud, and it totally disclosed where I went to high school, though it is slightly obvious), when a boy with Kool-Aid red dyed curls started to talk to me about music. Anyway, Jim and I have been pretty inseparable ever since, but boy, have we’ve changed! From this: 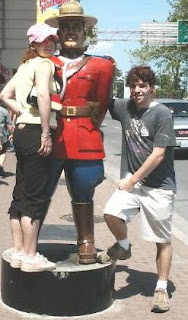 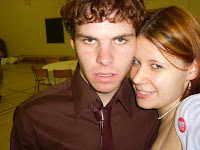 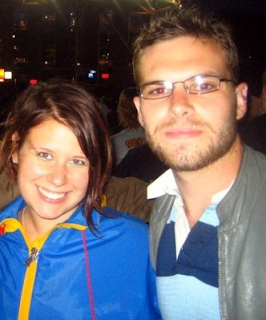 (Radiohead, somewhere in undergrad, yes I cut Matt out, but he has his own blog post on here already) 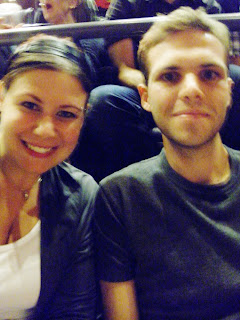 (at Pearl Jam, the foundation of our friendship) 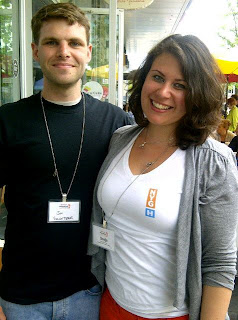 Actually, we really haven’t changed all that much… (and in case you were wondering, yes, I did try to go for the worst pictures possible)

Anyway, so I figured it was time to introduce him to the most important part of my life: the seedy underworld of soccer. I managed to get him to his first Jays game earlier this summer and he seemed to not hate that, so maybe we can make a TFC fan of him yet!

Except there’s one problem: Jim was born and raised in Massachusetts. Oh, boy! I can’t wait to take him to today’s game against New England!

For more on Jim, check out: http://www.jameshatch.ca or on Twitter: @James_Hatch. We’ll be at Maro sometime before hand, and in 113 duringthegamehand. Come say hi.

Post script: That Arts Banquet picture has been on my parents’ fridge for about half a decade, it was also the picture used on my brother Erik’s engagement cake: 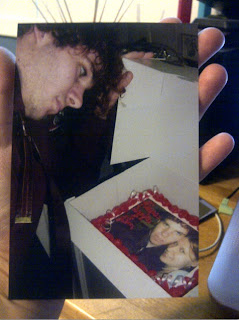 And that was the last time Jim and I were ever trust to do anything. There was so much yelling. And cake stabbing.


UPDATE: He wants to come back next week.
Posted by Sonja Cori Missio at 12:09