In Black Rebel Motorcycle Club’s Weapon of Choice (not to be confused with the Fat Boy Slim song of the same name), we’re informed:

Anyway, that’s my plan, to not waste my love on a nation. I am pretty sure I’ve used this line before, but with Switzerland not even qualifying for the Euros, well, it’s even easier! 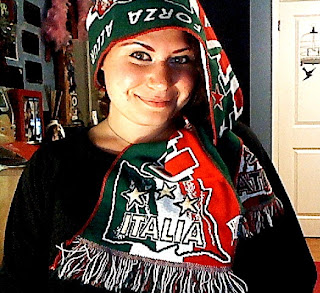 But, I have no illusions that they’ll win. Or that I will be forza’ing for very long. Or that Di Natale will score.

And you know what? I’m cool with that. So, who do I think will win? Well, glad you asked! Let me share my pool picks with you (especially now that you can’t steal them… thief!)

Highlights indicate a win, unless it’s a draw:

I may have screwed up this somewhere. In fact, it would not surprise me if I did. But for now, let’s just go with the above.

I’m going to leave this post here because I have to be up early to paint my face as the Italian flag. In the meantime, I suggest checking out John Doyle’s Globe and Mail articles while he’s over there. I’m living vicariously through him for the next few weeks and this is absolutely lovely:
http://www.theglobeandmail.com/sports/soccer/a-rare-chance-for-nationalist-self-expression-at-euro-2012/article4240805/