Today I received my “CSA Centenary SS Jersey Jersey” (that’s what it said on the shipping label anyway; I don’t know what SS means or why there’s two “jerseys,” but whatever, I will refer to it as it’s official shipping title). I have to say, I love it: 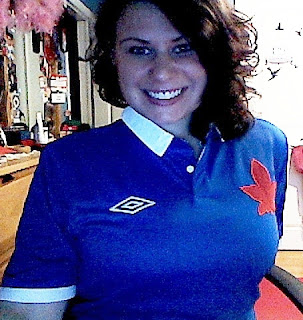 My only problem is I got a M and I should have bought a S. So, if anyone wants a tradesies… If not, I’ll just pin it in the back, the female solution to jerseys.

Anyway, great shirt. I mean, it’s no this: 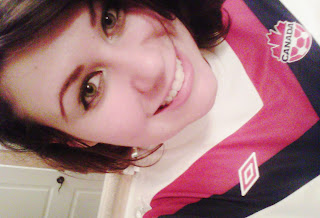 (Seriously, I love this. And refuse to recognize their normal new-non-CSA-Centenary-SS-Jersey-Jersey jersey. Hey! We're up to three jerseys now!)

But, I like it all the same. Very smart!

Anyway, that was just a prelude to this post, which has absolutely nothing to do with the prelude. I am on to another campaign folks! But hear me out, this may interest you:

Q: What’s black and white and red all over?
A: An Udinese supporter and Juventus supporter united over Alessandro Nesta.

That’s right, the new campaign is to bring Nesta to TFC. Why? Because we need him. Now, I understand that financials for TFC may not make that possible (that’s a lie, I don’t understand anything about financials!), so me and a Juventino have decided to team up and start a #Nesta4TFC fund. And we’d like you to contribute.

So far, we have $0. Actually, probably less now that I’ve bought a piggy bank for funds (Branden, I dipped into our Nest-a Egg by the way…)

Anyway, I’m sure over the next few weeks we’ll be selling it over Twitter, so look for #Nesta4TFC from me and @B_Like_Fonz. You know, until he signs with NYRB.

But, until he does, let’s try for this: 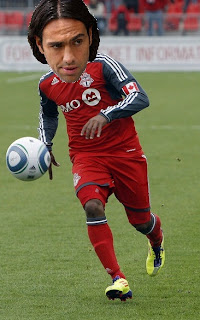 (thanks to @digger3210 for finding me a picture to use! I mean, it's totally legit!)

Fun fact: this is the moment where Branden regrets our partnership on this. Anyway let's keep the focus: #Nesta4TFC!

Oh, hey, and also, see you all next Wednesday! I’ll be the one with the really big smile :D! Until then!