That was one hel(vetica) of a pun!
Let me say this immediately: I am not a fan of Basel. In fact, they are like my Juventus* in the Swiss Super League. They always manage to beat out Young Boys (mostly due to YBs own stupidity) and they have the money and background to buy out every single Swiss player. Which they do.
But right now, that doesn’t matter. Right now, I’m a fan of the Bebbi. Even if I had to Wiki the nickname. 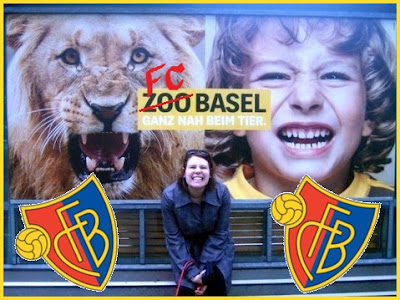 Basel, May 2008
I’m a fan of Basel, not because of the team itself (though, from my site, you get a sense of my love for Alexander Frei), but because of what the team is doing for Switzerland and soccer.
This may shock you, but the Swiss aren’t exactly fan favourites on the world sports stage. No, we’re viewed as arrogant, assholes that are worse than the Germans. Let me explain, think of every Swiss sports cultural reference you can, and think about how they are represented. Case and point? Cool Runnings. Man, we’re total assholes in that.
Now, you might think, but at least the Swiss are good at sports. Look at skiing! And tennis! And Crashed Ice! Yup. But those are all individual sports. The point is that the Swiss don’t play well with others, or as a team.
Especially as a team. Think about:
But then, something happened: The UEFA European Under-21 Football Championship. During that competition, I wrote about how soccer in Switzerland is slowly changing racist attitudes (see here:
http://www.90minutesofhopp.com/2011/06/svp-aint-my-party.html) and now, I believe that Basel is continuing to aid in the process.
Switzerland is starting to become united over soccer.
Now, for any other country, this just seems like a normal part of evolution. But for Switzerland, it’s a bit different. It’s not just a team they can cheer for, but a team that can hold the country together. Basel in Champions League is not just about winning a trophy; it’s about a less-than-5-million-in-population-on-a-land-locked-puddle-shaped-piece-of-mountainous-land having a common goal. Champions League is so important because it’s giving the Swiss an opportunity they’ve never really had before: an opportunity to be proud of their team.
This could not come at a more important time. Swiss sport morale is at a low and Swiss intolerance is at a high, something needs to be balanced out. The U21 was a push in the right direction, and Champions League may just be the title the country needs to get on a positive track. Who knows? We could be real contenders--ones that score goals and not just stop them--in Brazil 2014.
Here’s my appeal: if your team is out of, or didn’t make into, Champions League, why not consider supporting Basel? Everyone likes an underdog, and we need it.
That’s right, “we.” For (what I hope will be for) the good of my country, I am going to say it: I am a Basel supporter.
Hopp (Basel),
scm.
Post script: I may add more to this as I think about it. I’m not convinced I have said all I’ve wanted to say. 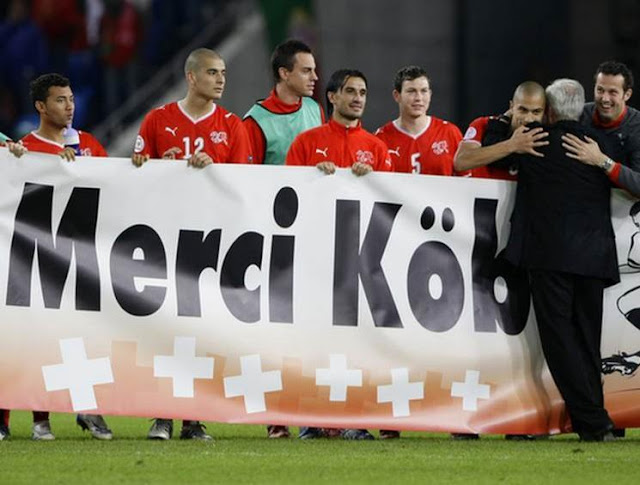 * I would rather eat glue than support Juventus in Champions League. Even if it meant Italy had an extra spot.**
**Not that that’s currently an issue, Juventus didn’t make it into any European competitions.
Posted by Sonja Cori Missio at 21:36