The Night Before The Last Game

Forward: I know that this will come as a big surprise to you all, but I had fallen ill over the last few days, which is why I’ve been quiet lately. Just so you know, my nickname at work is “Pet Store Puppy.” (though, when I’m not sick it’s “Little Gnocchi”). 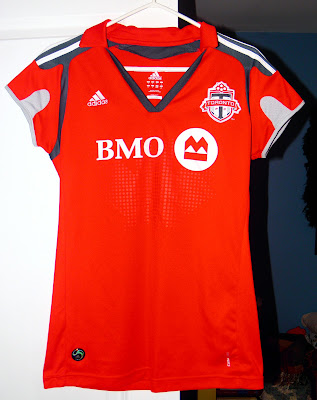 (Live! From my bedroom!)
Tomorrow will be my last MLS TFC game of the season (and I missed the Pumas game due to being sick). I won’t be in the province for the final game—October 22nd—as I’ll be in Winnipeg celebrating the decent and likable Jerrad Peters’ birthday (Spoiler Alert!: he’s going to get birthday crepes!) and try as I did, I couldn’t get a flight back in time for the game. And he refused to drive me.
Jerk.
Anyway, tomorrow will be my last game of the season, so let’s do it right. However, before we get into that, let’s have a recap of the season: 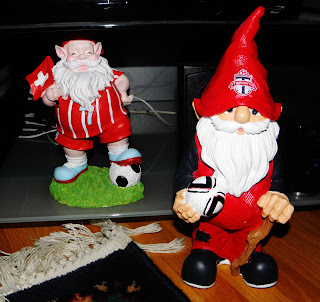 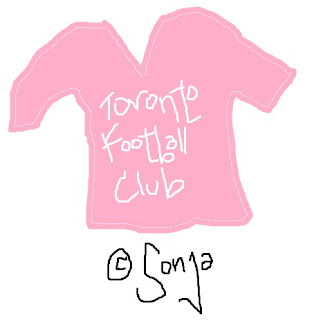 (Er. I can't seem to find it online either. So here's an artist rendition on how it looks. Or rather, how I think it looks. Note the copyright).
But, I’ve also..
They’re the men in red

Sometimes white, if they’re away
Always in our hearts
I suppose, all in all, it’s been a good season. For me. I’m not about the start writing about the actual team until I know the season is done.
I will say this though: Toronto FC, I love you. Don’t fuck up tomorrow.
And, for the love of God, win.
Hopp,
scm.
Post script: I am going to retweet myself in blog form (what?) because it still stands:


@SonjaMissio: BLOG POST TONIGHT! Sometimes I still do those (This is why I'd never make it as a writer. That, and lack of talent, basic grammar).