It’s been a shite week for soccer. I rather not get into the gory details, but let’s just agree that as a fan, I’ve taken a beating.
Look at how optimistic I was at the start of the week:

(People on the GO were confused)
But now, Udinese are out, Young Boys are out, Toronto lost one game in CCL, and tied at home—for MLS—after being the lead majority of the match. After having a goal called back.
You know what? Sometimes, it sucks to be a fan.
You get your heart broken, you get yelled at on the Internet by strangers, you stand through tornados and lightning storms just to be sent home and miss the match the next day. All for what? To have your regular season proposed?
It sucks.
But, then I’m reminded of the good. The friends, both old and new, from here and from abroad, you meet pre-game for a drink and a laugh. The outpour of messages you get when Di Natale scores in the first and then the outpour of sympathy you get when they lose in the second. The hours you spend with your dad, even if those hours are spent mostly yelling. And the lapse of judgment when you’re convinced that this is a good investment:
(And, of course my mum loved it)
That last one may have just been specific to only me. So, yes, it’s been a shitty week for soccer, but it’s also been this: 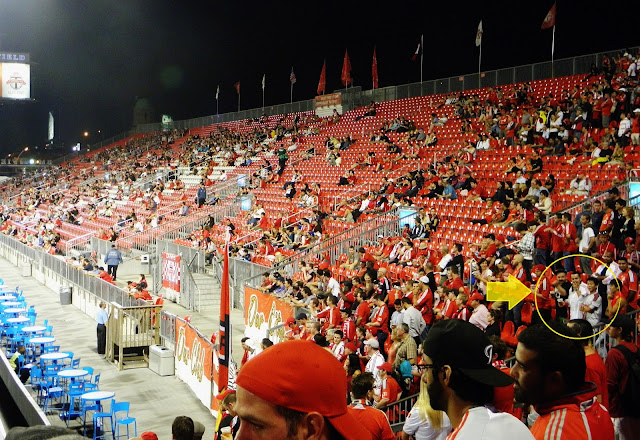 (I really hope they’re photobombing)
And this:

(Those aren't the stadium lamps, those are bolts of lightning)
And this: 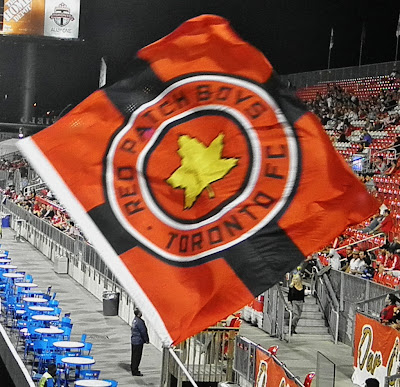 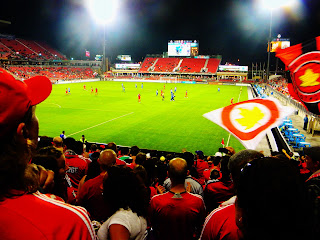 (I love that sea of red)
Okay, so maybe it hasn’t been the best week on paper, but I still enjoyed myself. Udinese are set to win Europa, TFC are set to win CCL, Young Boys are set to win… maybe that lottery thing they have at Migros, and last night I had a great time with friends. Even if Erik and Will insisted we watch that Danny DeVito “adult film.”
Plus, things look good for Friday, when I am sure the CMNT will go far.  (Bonus!: look for a blog post on CMNT jersey buying once I actually have the jersey).
Though, if Serie A doesn’t start soon, I’m going to start following hockey. I mean, I already have that Jets shirt…
Hopp,
scm.
Posted by Sonja Cori Missio at 22:05