Let me tell you a little about Nikolas Spohr. And before you call shenanigans on me writing about something non-soccer related and tricking you into reading it, hear me out, because Nik is soccer: 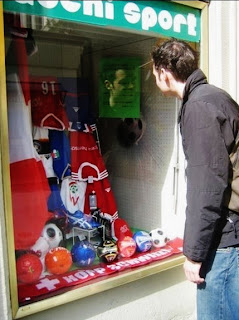 (Nik being soccer: Euro08, a week before the start in Switzerland).
Nik and I met when we were teenagers. A long story made short, he impressed me with knowledge of the Swiss National Team (knowledge that I known from Grandpa Wüest and Wikipedia) and we’ve been alright ever since. You see, Nik is pretty much—along with my father—the reason I am the soccer fan that I am today.

To make an even longer story short, my first ever TFC game was with Nik. My brother had bought us tickets for Christmas to their very first game and so we went with our smiles and toques (toques came with the tickets). 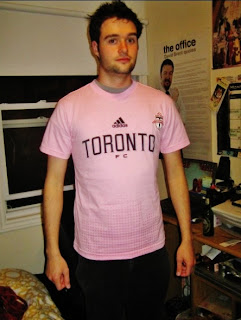 (TFC fan. However, note the Kobi Kuhn/Alexander Frei wallpaper on the computer. My computer).
After that, I was hooked and we went to every game imaginable and possible (keep in mind, it was a helluva lot harder to get tickets back then and I am not sure if he was as hooked as I was). Nik and I have seen MLS, U21s games, National Games, CL games, and a whole wack of shitty games in between. In fact, that’s not actually Alexander Frei I’m with in my opening picture; it’s really me and Nik at a Young Boys – Grasshoppers game in Bern (I know it’s hard to tell with my photoshopping skills). 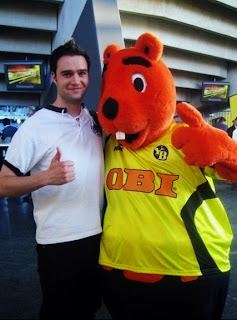 (Proof).
So why am I writing about Mr. Spohr? Well, he is currently running as the NDP MPP representative for Halton (or, the NDPMPPRFH). As I mentioned, I’ve known Nik for a long time and it gives me great pride and pleasure to promote him shamelessly; more so, because I truly believe he is the right man for the job. So, for those in the Halton region and for those interested in politics/NDP, I’d keep an eye on him. This kid will go far.

Also, he’s a pretty decent keeper, a hardcore BVB supporter, and owns a great record collection. And my dad has been to more of his soccer games than all of his children's sports games combined.

As this announcement was just recently made, more information is still to come. However, I recommend you following Nik on Twitter and checking out his fan page on Facebook.

Twitter: http://twitter.com/NikSpohr
Facebook: http://www.facebook.com/Nik.for.Halton
In all honesty, I would not be where I am today (soccer-wise) without the constant input, impact, interference, and maybe a little bit of idiocy, of Mr. Spohr; he was the reason I started to take soccer seriously. So thanks Nikolas, this is my payback. 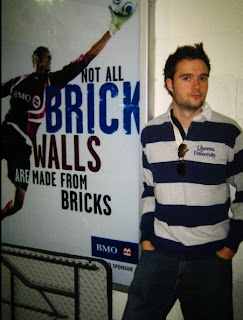 (And by "Brick Wall" I mean "Great Candidate" and by "Not All Brick Walls" I mean "You Should Vote For This").
Hopp,
scm.