Preface: I have no opinions on/I don't really know Sporting. 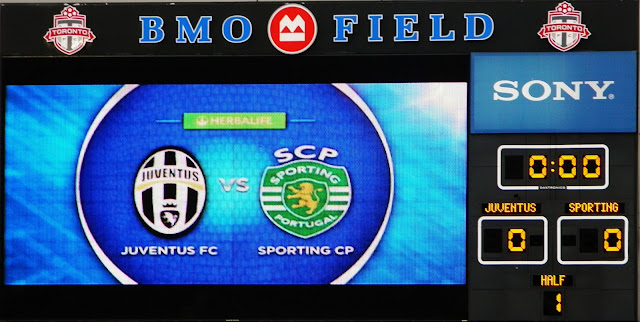 God, I hate Juve. That’s not secret. I just look at them and my eyes narrow. So, of course, my brother and I went to the Juve – Sporting friendly at BMO (we were bonding). I spent the day shopping downtown (I’m still shaking from the amount of slow walkers at the Eaton Centre) and left Union to meet Erik at 18h00.
Now, before I really begin, please keep in mind the Toronto weather on Saturday: crazy hot and then major downpour. This is how I watched the game:

Rain.
Now, on to the actual game. On the train I met a nice young man wearing a Juve shirt. I sneered at him (as much as, you know, I can sneer. He may have mistaken it for a smile). He asked if I was going to the game (as if this didn’t give it away!): 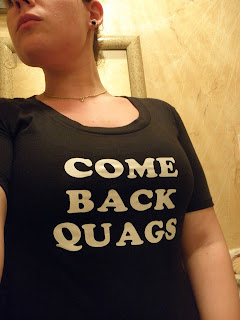 I’m awesome.
And then asked if I could show him where the stadium was because he’s never been there alone before. So, I swallowed my pride, and decided to help this lost Juve fan. That’s right, I helped a Juve fan! Anyway, turns out my karma would be rewarded because we started talking about soccer. As we walked towards BMO (which, he really didn’t need me for directions), he told me: “you’re the only girl I’ve ever met that can talk soccer, I’m impressed.” Probably the best compliment I’ve ever gotten (I told that to my dad and his reply was, “yeah. You’re not stupid.”). Anyway, I continued walking with Lost Juve until the line. At which point he pulled out a cig and I made my exit (smoking is a deal breaker). Plus, I had to go find my brother.
Eventually, with beer in hand (I often wonder if BMO controls the weather to sell more beer, I should look further into that) Erik and I made our way to 113. A very different 113. Now, there are some, a very few, amount of Juve fans I like, so I won’t get into why I hate Juve fans (but believe me, I do), however, it took all my will power not to start screaming at the young lad beside me.
Young Gentleman (YG): Yo, why aren’t they scoring?
Me (in my head): Because they’re terrible? And they couldn’t even make it into Europa?
YG: Why the fuck is Buffon on the other side? I want to see Buffon!
Me (in my head): Seriously? Do you even understand how the sport works?
YG: Why the fuck aren’t they scoring? And why can’t I see Buffon?
Me (out loud to Erik): Seriously. I’m about to punch him.

Buffon.
90 + minutes of this. I was nearly twitching. However, the game was not all bad. I did get to see Quags: 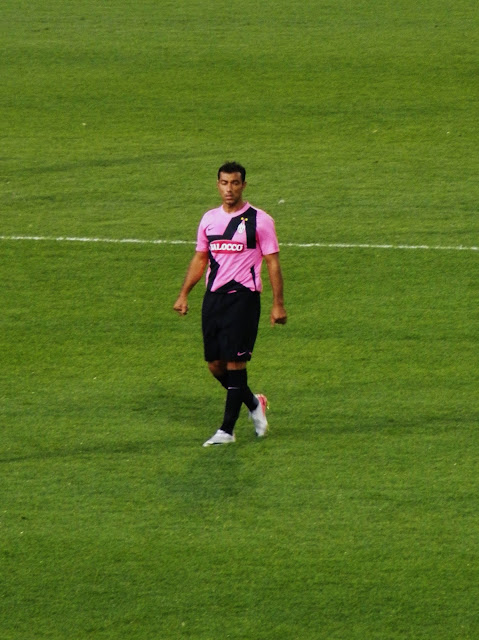 (Please come back).
And, more importantly, this man: 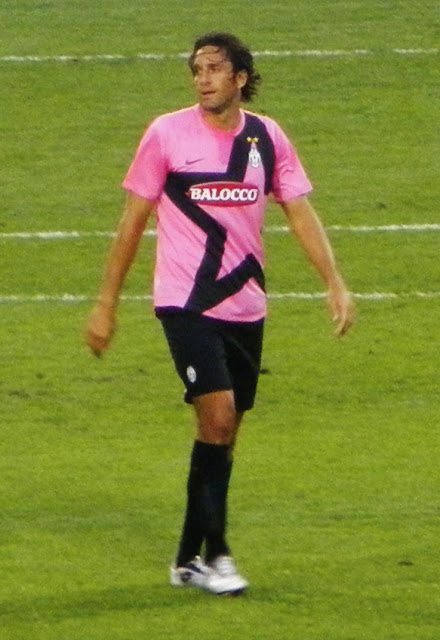 “The Giant Pasta Man” – Ray Hudson.
I cannot express to you my love for Luca. I love Luca. With every fiber of my being. I even do a wicked impression of him (ask me to do it next time you see me). All I have to look at Luca and I burst into a huge smile. He is like the human version of a basket of puppies and kitties and baby red pandas and other heartwarming things. God, I love Luca!
I’m smiling right now. :D
Anyway, here’s some pictures: 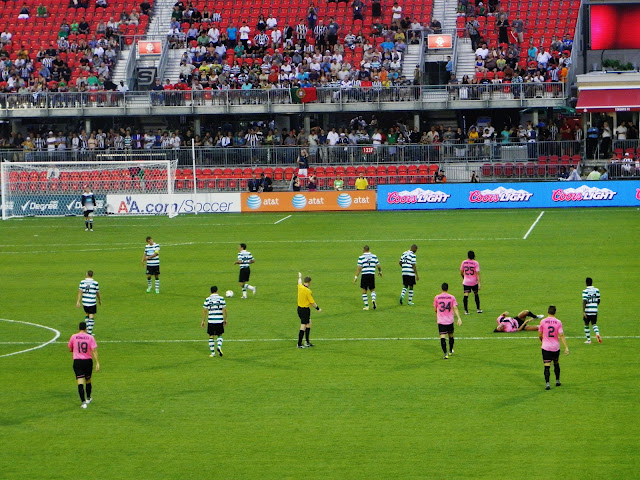 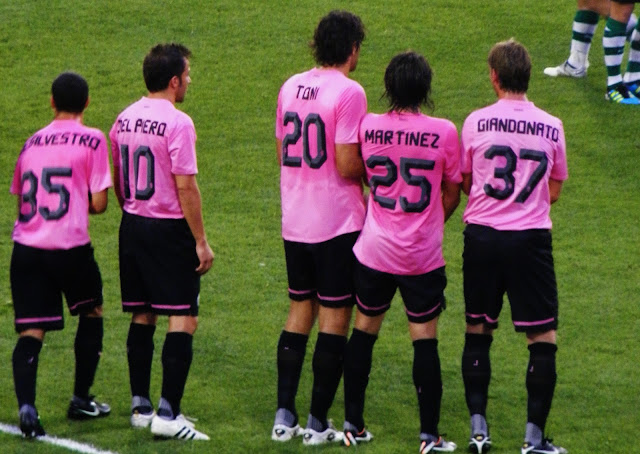 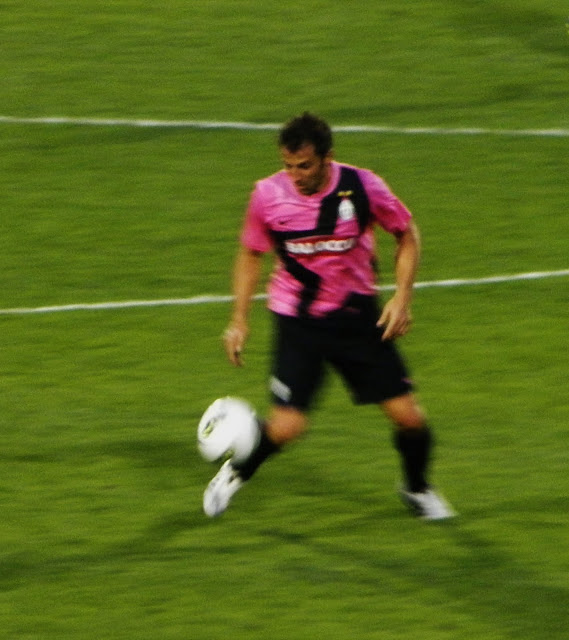 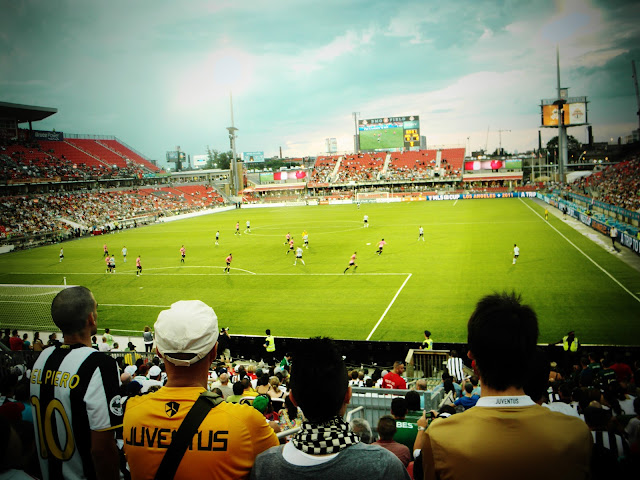 I thought they were going to cry. 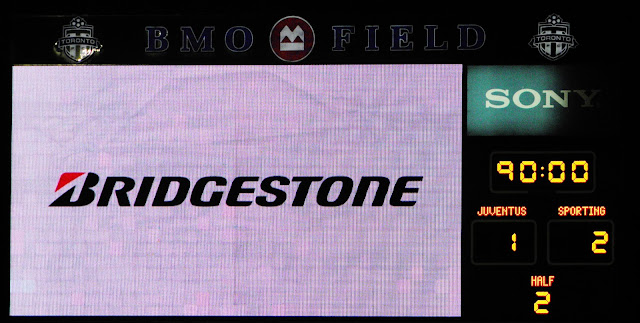 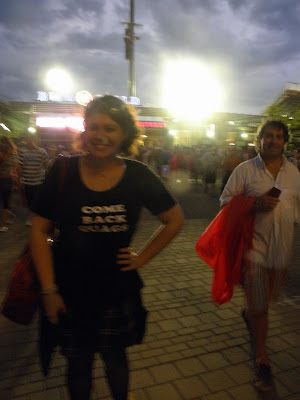 SO pleased with myself!
God, I hate Juve.
Hopp,
scm.
Post script: Yes, their jerseys look as if they were designed by 7-year-old-me.
Post post script: I realized I didn't write anything about the actual game. Here it is: it was a friendly. What you expected is what you got. What I didn't get? A photo of Lichtsteiner, Zigler, or Pirlo. Sigh.
Posted by Sonja Cori Missio at 23:21