Alright, here’s the start of my campaign for President of FIFA. I'm pretty sure that Seppy is going to win this election, so I am banking on when he steps down in 2015. So, I have until 2015 to refine this list but, in all honesty, I can’t imagine it getting much better.
1. I’m already a Swiss citizen. No need for any work visas.
2. I’m not really that picky about how high above sea level games are played.
3. I can name, like 30%, of the member states.
4. My heritage is, like 30%, of the member states.
5. I am cuter than Platini, though he has (had) better hair.
6. I’ve already infiltrated their headquarters. It seems like a nice place.
7. My “Controversy” section on Wikipedia will be much shorter.
8. I look awesome in a powersuit or pencil skirt/cardigan combo, a must for a great president.
9. I’ll allow players to remove their shirts in celebration. In fact, I have a list of players who will be allowed to remove their shirts for the entire game. And by allowed, I mean enforced.
10. Fifa is right next to the Zurich Zoo and I love the Zurich Zoo. IT’S MEANT TO BE!
Anyway. That’s the plan so far. Below are pictures of me at FIFA so you can get a feel of how I will look as the head of soccer. Note how well I hold up the sign. And how well I kick an imaginary ball. Or dance, I am not really sure what’s going on there. Anyway they're of poor quality and they are literally pictures of pictures. I took them with my phone. 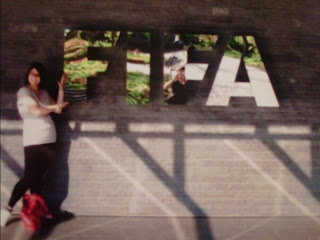 And I am holding up the signage FREE OF CHARGE. How's THAT for dedication?! 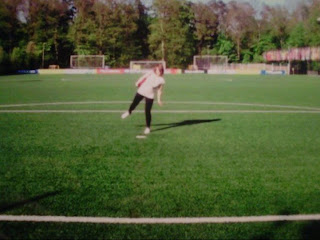 "boot!" (that's my go-to soccer noise).
Now, if that's not convincing enough, you're a jerk, but I am also versatile! Look at me support Italy: 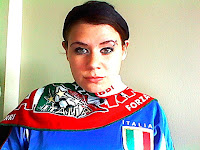 Now look, I am for Switzerland! 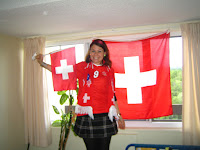 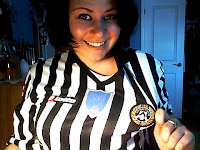 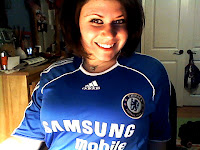 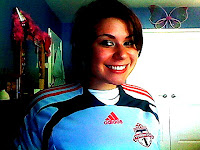