When Did This Become a Fashion Blog?

Can we get a girl’s opinion? I mean, don’t get me wrong, I’m not the world’s greatest fashion plate (please note, as I am writing this, I am wearing this:) 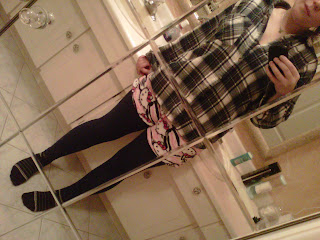 (oh who are we kidding? I am a fashion plate! Just a painfully knocked kneed one),
Anyway, let’s look at this from a rational point of view:
Under no circumstance would I be caught dead in those jerseys.
It has nothing to do with the designs, just the fact that they’re Canadian. ZING!*
No, but serious, while they aren't terrible, they are underwhelming. First, they remind me of a Girl Guide uniform. Wrong colours, but same basic idea. I mean, looking at them makes me go through the motions of tying an imaginary scarf around my own neck.
Second, I am getting flash backs to Slovenia’s ’10 shirts (http://4.bp.blogspot.com/_vJbEFgWRC5M/TAcWKHb2S6I/AAAAAAAABMI/DxGT-1ScRjI/s1600/Slovenia.jpg). Could you imagine of these two teams played each other in these? Nope, I can’t either.
Third, they look cheap. They look like what I wore at good ol’St. Luke during gym class. And, we didn’t have gym uniforms. I am talking about the pinnie I wore during dodgeball. Now hold on, before you start ranting at me, I understand most uniforms are, for the most part, ugly. Seriously. From a distance, can you really tell Udinese from Juve? (hint, Udinese would be the ones scoring). Or on Fifa 11, can you tell Chelsea from Rangers? (Okay, that’s a terrible example, but you get my point). Kits are kind of like flags, you get a cool one every now and then, but for the most part, they’re just stripes.
EXCEPT!
Except for, my friends, the Canadian flag. Which is, I have to admit, pretty unique. What I am getting at, is that our country SHOULD have a great jersey (pulled a 180 on you there! See, I like Canada!) and we shouldn’t settle with this. I have seen house league teams with better kits, and those house league teams are real hacks! (That was for you Will).
Anyway, instead of complaining about it, I am going to design my own. My TFC design wasn’t picked (jerks!) so I am going to give this a shot: 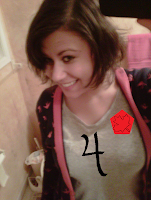 And before I get your remarks, the logo would be on the back neckline. Duh.
Hopp,
scm.
*Calm down boys, I am only kidding. I also wouldn’t wear it because it’s Umbro. UP HIGH!
Posted by Sonja Cori Missio at 21:37