My Comprehensive Style Guide to the 2010 World Cup Uniforms (cont.)
Let us continue with shirts, shall we? Right now, I would give a solid, over all rating of a B for uniforms, thus far. When they are good, they're good, but when they're bad, they're boring (note: none of been truly hideous, in my opinion, yet). Let's see how the final (and first) four groups do.
By the way, I am totally checking my Panini swaps the whole time while blogging.
Germany 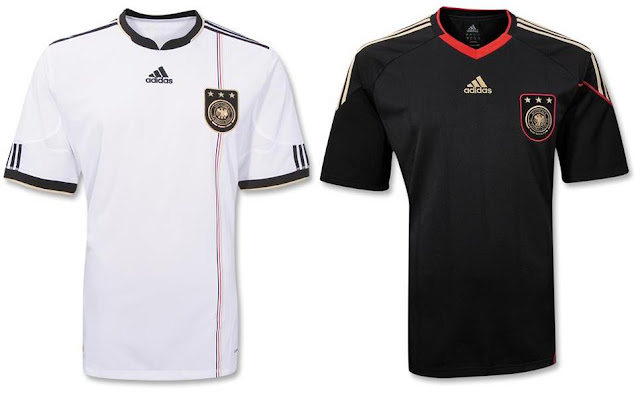 It's hard to not compare the German uniform to Spain's. Both are simple, which emphasizes their emblems (this is a good thing). Both are neat, clean, with dramatic colouring (yes, white can be dramatic in this case). Now, I've seen a lot of German shirts and my day, and I got to say, this one isn't bad. The German's aren't exactly known for their wacky jersey style, so I like the vertical break-up line going down the top.
Australia 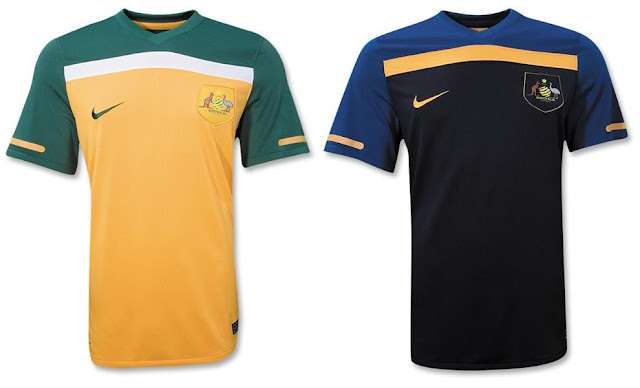 I got to say, I like the Socceroos, and, despite me not being crazy for Nike, I like these shirts. They're simple, like the German shirts, but broken up enough (with colours) to be interesting. Though, I admit I am huge fan of their home colours, their away colours look pretty intense (and their emblem is pretty wicked awesome).
Serbia 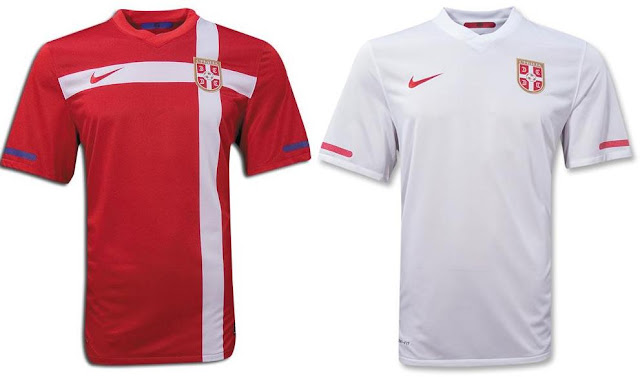 Another Nike jersey, another weird oblong colouring in the sleeves. For once, I prefer the home jersey to the way (the cross at least makes it look interesting, though, kinda Danish), with the away jersey being dreadfully boring. So boring in fact, that it is not worth my time.
Ghana 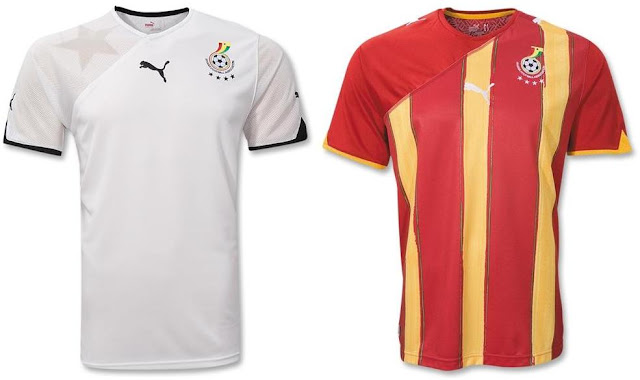 I know I keep complaining how all of the Nike and Adidas shirts are the same, but even if Puma copies their design, they still make each shirt look completely unique and completely wicked awesome. Ghana is no exception, with a star on the shoulder. Their away colouring is a bit overwhelming (the yellow and red stripes), but whatever, at least it's not dreadfully boring (see: Serbia Away).
Hey, look at that! We're picking up momentum a bit!
Hopp,
scm.
Posted by Sonja Cori Missio at 22:29