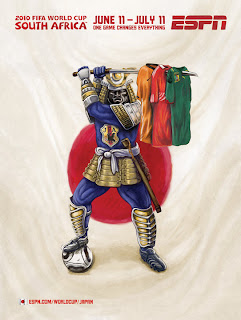 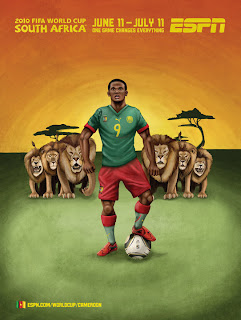 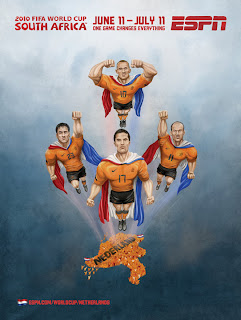 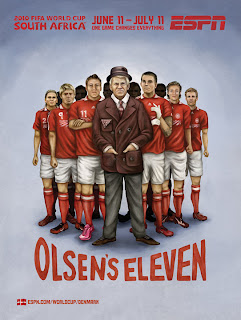 Denmark
Coach: Morten Olsen
Thomas Sørensen
Lars Jacobsen
Daniel Agger
Simon Kjær
Simon Poulsen
Christian Poulsen
Thomas Kahlenberg [Sub: Christian Eriksen]
Martin Jørgensen
Dennis Rommedahl
Nicklas Bendtner [Sub: Mikkel Beckmann]
Thomas Enevoldsen [Sub: Jesper Grønkjær]
Comments: I was up bright and early for this one folks. Clearly, for Erik’s sake (as in, Thomsen, not Missio, because that would be weird and illogical) and clearly because of my hatred of the Dutch, I was cheering on Denmark. Unfortunately, their players were clearly not doing the same. However, I really believe that the Danish played better than the Dutch, all things considering. I think the lesson to be learned here is that the Dutch are awful. Also, Bendtner and I have the same shoes, but his has spikes and mine have heels.
Game: Italy – Paraguay
Final: Italy 1 – 1 Paraguay
Referee : Benito Archundia (Mexico)
Attendance: 65,000
Goals:
@39' [0 - 1] A. Alcaraz
@63'   D.D. Rossi [1 - 1]
Game Stats:
Shots on target: 5 - 1
Shots off target: 1 - 6
Possession (%): 52 - 48
Corner kicks: 8 - 4
Offsides: 3 - 4
fouls : 15 - 14
yellow cards : 1 - 1
red cards :       0 - 0 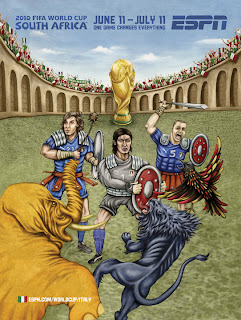 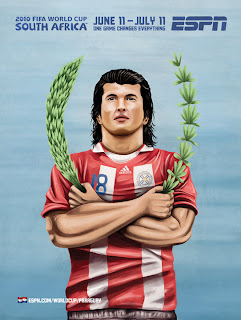 Paraguay
Coach: Gerardo Martino
Justo Villar
Carlos Bonet
Antolin Alcaraz
Paulo da Silva
Claudio Morel
Enrique Vera
Victor Caceres
Cristian Riveros
Aureliano Torres [Sub: Jonathan Santana]
Nelson Haedo Valdez [Sub: Roque Santa Cruz]
Lucas Barrios [Sub: Oscar Cardozo]
Comments: Let me say this right off the bat, I want Italy to come in second in their group. While I am not too concerned with the Group of 16, in the Quarter Finals (if all goes to plan) Italy will either meet Spain if they come in first in the Group Stage, or Brazil if they come in second. Personally, I think they have a better chance of beating Brazil, so they should play their cards right. Anyway, I miss a lot of this game due to class (despite running to the bar at break and watching parts of the first online), so I don’t know if it should have been a red card, for someone, or something? What I do know is that the Italians were actually playing to win (and not just settling for the draw), with a late appearance by Di Natale. Who did nothing but get a hand ball. It’s cool, they’re fine. Other observations:
1.From far away/on a shitty online CBC feed, I can’t tell the difference
between Chiellini and Materazzi and it always gives me a heartattack.
2. De Rossi needs a haircut. Badly.
Okay I need to get to bed for the Group of Death (pretend that’s in a scary font which I could not figure out how to do).
Hopp,
Scm.
Post script: That whole not showering thing is not some sort of World Cup ritual. I’m just gross.
Posted by Sonja Cori Missio at 00:14