Okay I am a bit behind, but it’s not my fault. I was out late last night having s’mores. Have you ever had a s’more? They’re fantastic! How did I live my life before them?
South Korea – Greece
Ref: Michael Hester (New Zealand)
Anyway, I was semi-conscious for the South Korea – Greece game this morning. In all of my pools I picked for them to draw, so of course S. Korea won 2 – 0.
Question: How were the Greeks once the European champions? Seriously.
Anyway, Park was, as always, a delight to watch, despite the fact that I didn’t recognize him in my half-conscious state.
Here are the game stats:
Final: South Korea 2 – 0 Greece
Attendance: 31,500 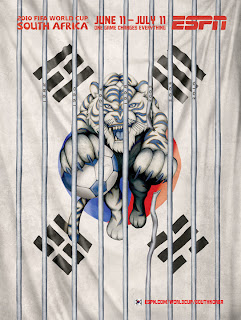 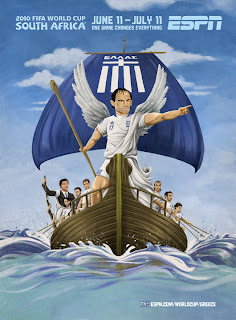 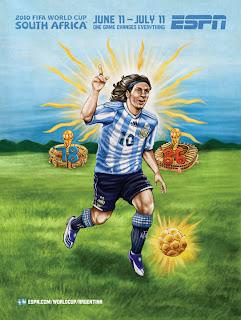 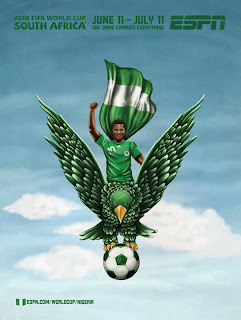 Nigeria
Coach: Lars Lagerbäck
Vincent Enyeama
Chidi Odiah
Joseph Yobo
Danny Shittu
Taye Taiwo
Lukman Haruna
Dickson Etuhu
Sani Kaita
Chinedu Obasi
Victor Obinna
Aiyegbeni Yakubu
Prediction: A good game. At the half, it’s been pretty close, Messi can’t seem to finish anything and I am not sure if Argentina has a defense, but both teams are playing strong. Though, I have to say, Argentina is boring to watch; too much holding of the ball, passing back etc. Also, I am not sure if it’s the ball, or the altitude or the players, but, the ball travels fast and bounces hard.  Whatevs, Vincent Enyeama has been fantastic as the Nigerian keeper and deserves Man of the Match.
Predicted Score: 1 -1 (It’s 1 – 0 at the half).
England – USofA
Ref: Carlos Simon (Brazil)
This is the game that I am looking most forward to. I decided to support England (really, the lesser of two evils), but I am excited to watch Landy Cakes play. I have a soft spot for him.
Anyway here’s the matchup: 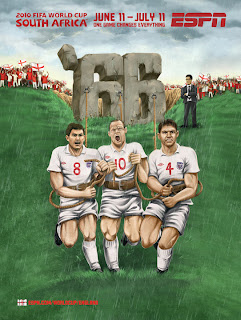 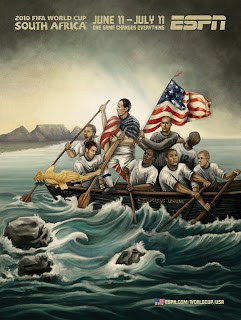 USofA
Coach: Bob Bradley
Tim Howard
Jonathan Spector
Oguchi Onyewu
Carlos Bocanegra
Steve Cherundolo
DaMarcus Beasley
Michael Bradley
Clint Dempsey
Stuart Holden
Landon Donovan
Edson Buddle
Prediction: Do not discount the Americans, this is not MLS. This will not be a walk in the park for the English, the Americans play hard and they don’t really play with a distinct style, which makes it harder to judge them. Remember, they came in second for the Confed Cup; they are getting use to playing against the big boys. Also, keep in mind the injuries that England has been having, they really had to scramble to get their team set for this match. Also, I am not convinced of Stevie G.’s abilities to captain his team. Regardless, I do think the English will prosper, but it won’t be easy.
Predicted Score: 3 – 2
We will see how everything thing works out today. Until tomorrow, and the second half of Group C,
Hopp,
scm.
Posted by Sonja Cori Missio at 11:39