I'm writing this in Open Office against both my better judgement and my wishes, so we'll see how well this will work out (answer: not very well at all). My lack of blogging lately has not been sitting well with me, so I am trying to make it up now. 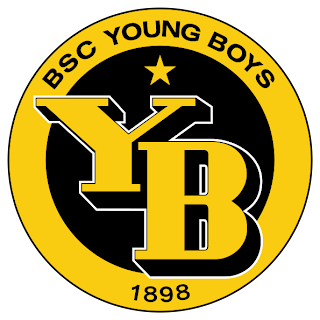 It's been quiet on the soccer front as of lately, besides of course all the International Friendlies, relegation/promotion games, lower league games, cup finals, and the first ever Europa Cup finale, so I am just patiently waiting for the FA Cup. In the meantime, let's discuss yesterday's game:
Lucerne 5 v 1 Young Boys
I didn't start watching until the second half (on Swiss TV by the way, it was great!) and I have never seen worse, more disorganized soccer. MLS plays better, for Chrissakes. Now, I know it was pouring rain (yeah yeah, make your snide Euro08 remarks!), but that was the least of YBs worries. Honestly, I thought they were playing with a man down. 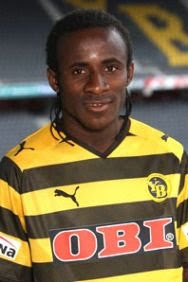 The game overall was sloppy, with cards throughout both sides, as well as missed opportunities. Technically, the score should have been 6 – 1 but a Lucerne goal was called back for being offside (it wasn't). Despite poor calls and poor-er shots, there was one particular feat of amazingness. Seydou Doumbia had the one lone goal for YBs, but it was a goal worthy of Messi (he went in alone, against three guys). I just tried to find it online, but couldn't, so watch this montage instead: http://youtube.com/watch?v=elLGY1Z49_c&feature=related Anyway, with him and Yapi-Yapo, The Ivory Coast is a force to be watched this WC (and I suppose Drogs and Kalou as well...)
As for Swiss soccer. Well, at least YBs always have Europa. Thanks a lot, Alexander Frei.
Hopp,
scm.
Posted by Sonja Cori Missio at 15:49