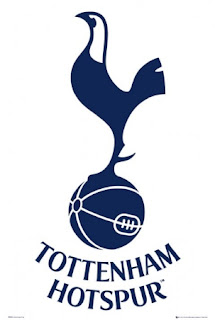 I love mid-week soccer, especially when I am on break from school. What I don’t love? When two of the biggest games of the year aren’t shown on ANY television stations. Today was the Coppa Italia (Inter –Roma) and the EPL Battle for Fourth (I am sure that needs capitals) between Man City and Tottenham, and I was edge-of-my-seat for both.
Well, not really.
I missed the Coppa (and spending time with my niece, actually) to watch the Battle for Four for Jason’s sake. First, I was testing to see if he would actually watch it; testing his commitment level, if you will. Second, because I just assumed Inter was going to win. Let’s face it, Jose can do no wrong. He is no longer The Special One, but rather, The Superior One. I mean, if Udinese had score ONE MORE FUCKING GOAL when they faced Roma at the semi-final (Fun Fact: That was my first blog post!), obviously it would be no competition. But to watch Roma lose? Well, I rather see an epic battle of height (Crouch) v vampire (Tevez). Height won.
Though I should point out that 3 seconds before the goal, my crappy illegal feed cut out and I completely missed it. 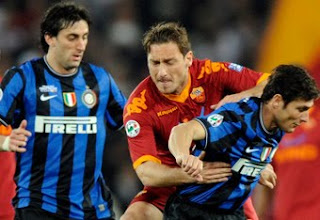 But in the end, the good guys won both games. Mancini looked like a poor man’s Jose (for sooooooooooooooo many reasons, but mainly, for the scarf) and Redknapp was bouncing about. I can only imagine the “Jose Reaction” for his win; I considered watching the end just to see it but was disgusted when I heard my dad call, “Totti’s out. Red.” So, let’s go with a Jose quote instead:
“It was a game with aggression and intensity. We always controlled the game and Roma lost their heads a bit.” – JM.
But the real hero of today was Crouch. I, like everyone else in the world, have a special place in my heart for Crouch. It’s most likely because he reminds me as Stephan Merchant, but I am in love with him. It is also because I can also easily pick him off on the pitch when watching games on a shite Internet feed.
By the way, I am well aware I should be focusing more on the Epic Battle for First, but there’s something about THE Spurs that I can’t stop watching, they’re a really fun team.
Alright, fair enough. Focus. We can’t lose to Wigan on Sunday. Heads in the game, boys.
Hopp,
scm.
Posted by Sonja Cori Missio at 00:41