You’d think with everything that’s been going on lately, and me being home for a week, I should have lambasted you with blog post after blog post. Well, you thunk wrong. You’d be surprise what a diet of morphine and children’s Tylenol does to a person (spoiler alert: it makes you non-functional). However, even though I feel just as shitty as every other day, I am also self centred enough to realize that you guys miss my wit, charm, and Photoshop jobs. So, even in my pain, I continue to give.

For those of you who don’t know, a week ago today I had my tonsils removed in a throat operation (which people tend to take more seriously than if I just say “I got my tonsils out… LIKE A CHILD”). The operation went well and I cannot thank the staff at North York General Hospital enough, they’re fabulous (and thanks to all the love and support from the North York General Hospital Foundation too!) However, it wouldn't matter even if God Himself removed my tonsils, the recovery is going as terribly as expected.

It is not a fun operation when you’re 25.

Despite that though, you all have been wonderful. The emails, bbms, sms, tweets, Facebook posts/messages, bag of popsicles, and occasional phone calls (guys, seriously though, I can’ talk) have been amazing; thanks so much for being concerned that I am now 0.0001 less of a person. And thank you especially to Rachel, who has been so wonderfully mothering in the I-care-that-you’re-in-pain-and-I-want-to-make-it-better kind of way, and not the you-left-the-ice-out-on-the-counter-and-now-it’s-melted-everywhere-you-idiot! type of way.

Now that we got that out of the way, let’s get on to more important things:

I’m sorry. I’m sorry I let you down. I’m sorry I missed your last two games. It’s not my fault, it’s because I cannot stand for long periods of time without doubling over in a heap (seriously, you should see the bruises). However, I feel like I’ve let you down at a time when you needed me the most. Arrogant? Of course, it’s part of my charm. However, when I watched the last two games from home (and believe me, I watched), the amount of empty red bucket seats was heartbreaking. You deserve better.

I know everyone keeps talking about how the “fans deserve better,” but, let’s face it: a real fan knows what they sign onto. As I recently told my big brother, “unconditional love to a shitty soccer team is the only emotion I have ever been taught.” But you’re not a shitty soccer team; there’s greatness in you. I know there is. And, ask around, I’m never wrong.

So, come on boys, pull your boots up, put your heads down, and get it done. I expect a victory on my return to BMO. Because I have 100% confidence that you can. Just do what you did against Montreal, but, you know, in MLS.

Thanks. Also, the new kits really bring out your eyes.

Actually while writing this I received the Toronto FC Insider email thingy reminding me that the next home game is May 23rd. I’ll be there for that too! Oh, boy! Soccer is coming back!

I ordered one in a morphine induced high. But now that I sobered up, I’m quite pleased I did so. Once again, I wish they had made it in “Girls,” but, you know me, I’ll use any excuse to buy a new jersey. And I do prefer blue to red.

Remember when I said the Blues would win it all, and you all laughed at me? And mocked me? And that one guy made me cry? WELL WHO’S LAUGHING NOW?

By the way, on that note, I never thought this picture (cir. 2009, post laser surgery. This blog is all about surgeries today!), would ever be appropriate for a situation again (especially because it wasn’t appropriate for the original situation), but here we go: 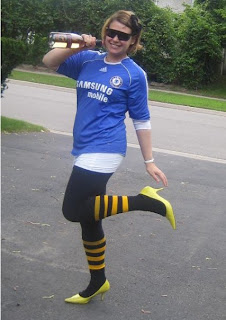 To quote Nik Spohr: heja bvb! Or something like that, I never really listen (hey Nik: why haven’t you gotten me into the Talking Heads more?!)

I am not stoked for Sunday May 13th. If the tonsils don’t kill me, this Sunday will.

I just wrote a ton of stuff about the game, but then deleted it all as to not look like a madman. Also, it was pretty grammatically terrible, more than usual. All I will say is this: if Udinese get 3rd, I will either have this tattooed onto my ribs:

(I realize that this: 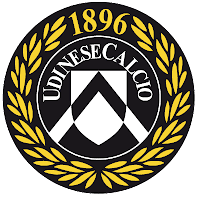 Is the more traditional choice, but I don’t know if I would have the balls to survive all that black)

Or, I will have this tattooed to my hip:

I’m open to suggestions as to which one is better. I do quite like the idea of “Di Natale” on me though.

… is soon. I hope he plays. Sorta. Like, in the 92nd, where he then goes on to score the game winning goal. Yes that would be perfect.

Alright dear readers (especially that one guy who wrote, and I quote, “Juve fans are cool, your a cock”), I now need to lie down and pretend to not be in pain. 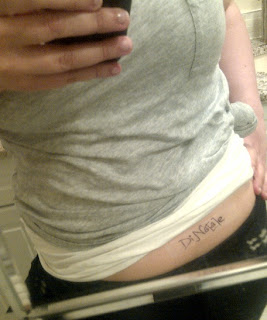