While soccer can be exciting, it can always be heartbreaking; injuries and suspensions are overwhelming right now and even future WC bids are ridden with controversy. Let's take a few minutes right now to discuss current problems with the Beautiful Game (um, clearly I mean recent events, not with, you know, all the racism and stuff that's always ongoing). 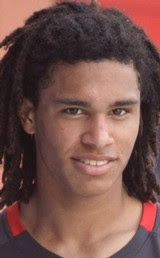 First, let's start with something close to home: MLS. While Toronto had a victorious draw (yes, that's victorious for TFC) against LA over the weekend (Stefan Frei you are amazing), the team had a sad announcement today: 17 year old, second round draft choice, Zac Herold will have to retire from professional soccer due to a heart condition (Hypertrophic cardiomyopathy). I'll be frank, that sucks. Majorly. However, he is lucky to find out he has this condition now, rather than later. There has been rise in heart-related death for younger soccer players, a recent example being last Sunday (May 9th). Frederico Da Costa Pinheiro, a Brazilian footballer, was only 26 years old when he suffered a heart attack mid-game and died later in hospital (For more information, in English: http://tinyurl.com/2dfm3op).
While Herold may not think it now, he was extremely lucky to find out about his condition now. The Star quoted him saying, “my parents have been with me every step of the way and it means so much to me that I’m able to retire as a Toronto FC player,” which is actually a really nice (possibly PR-driven) quote. I hope the kid does well, and that TFC treats him right. 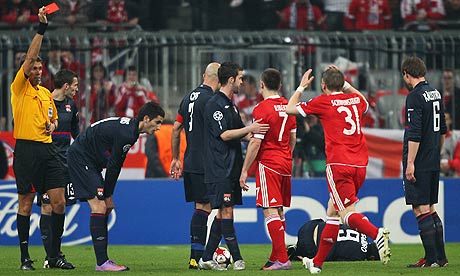 Moving on to more international soccer, the Swiss have rejected Franck Ribéry's appeal to play in the CL Final. The Swiss being the Court of Arbitration for Sport (or, CAS) under a panel run by Mr Bernhard Welten (President), Dr Stephan Netzle and Dr Andras Gurovits, not the “Swiss people” as a collective (though they would reject anything not-Swiss anyway, so it's not much of a stretch). Anyway, for those of you who forget/don't care, Ribs was shown a straight red for tackling Lyon's Lisandro Lopez in the CL semi-finals. Right after that whole prostitute “thing.” So Bayern is without one of their key players for the final. That's okay though, I mean, they could have Jesus Christ Himself on their team and they still wouldn't be able to beat Jose. CL Final is on May 22nd.
Speaking sorta, kinda, but not really, so this is a stretch, about the Germans (mentioning Bayern above, duh), Captain Ballack is out of the Word Cup after suffering an injury playing for Chelsea during the FA Cup this weekend. Before all you jerks go blaming Chelsea, I want to post this quote from soccernet.com:
Ballack's injury was caused by a reckless tackle from Kevin-Prince Boateng. Boateng is in Ghana's squad for the summer showpiece in South Africa, with Germany drawn in the same group. (http://tinyurl.com/2adtc8u)

While I highly doubt that it was intentional, it still sucks, especially because this was (most likely) Ballack's last WC. Like Beckham last month, a pointless club injury has ruined his hopes. So remember, always be careful out there kids! You hear that, Ribéry?! Anyway, I am truely sorry about this. I know how it feels to lose a captain (RE: Euro08 and Alexander Frei). 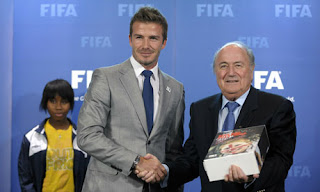 Speaking sorta, kinda, but not really, so this is a stretch, about the English (mentioning Beckham above, duh), I don't think that Lord Triesman stepping down after corruption allegations will change the England WC bid (Lesson here? Never, ever trust aides). Beckham (oh wait, that did tie in!) personally going to Sepp really helped out and it will be just post the Olympics (I am sure that will help somehow). Plus, England is a good time difference.
However, selfishly, I hope the States gets it so I have a chance to go to a game. I know it was in the States recently, and the States ruin soccer, always (ie this headline: “Bill Clinton joins US bid,” yeah, Bill, the great soccer fan), it is closer to me than Australia, England, Holland-Belgium, Portugal/Spain or Russia. And, you know, the time difference again works out. 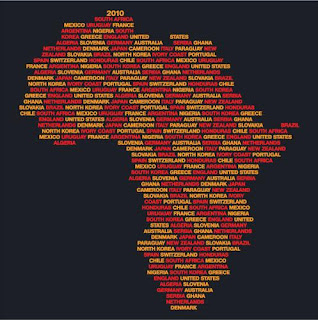 Speaking (actually!) about the World Cup, I kept hearing that South Africa may suffer electricity shortages because of the WC. Does anyone know if there could be truth to that? Or is it (subtle) racism running rampant again about how SA (or any African country) cannot/would be unable to host the WC. I can't wait for this summer to be the best WC to prove all those assholes wrong.
Hopp,
scm.
Post script: The above tshirt can be purchased, as always, at Who Are Ya Designs: http://whoareyadesigns.com/_product_90533/SOUTH_AFRICA_2010_Standard_Fit_Small
Posted by Sonja Cori Missio at 21:10