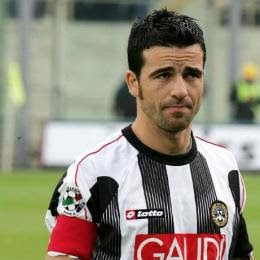 As I typed my title, Robben scored for Bayern. Or was it Müller? Whatever, 1-0.

Anyway, I decided to start a blog because I am no longer satisfied with 140 character comments on Twitter. Not that I feel like I have anything of importance to say, rather I want to use this to get out certain frustrations I have about “the beautiful game.”

And love, to also get out the love I have for the beautiful game as well.

I don’t expect many—if any—readers (except for maybe Erik, who will read this once or twice and then forget about it completely), but that’s okay, I’m slightly narcissistic anyway. Maybe the novelty of me being a girl, who's academia is situated in soccer, will shine through and I’ll become some sort of celebrity soccer blogger.

One can only dream.

So a recap of today’s events:

Yesterday I was reading how Di Natale is the top goal scorer for Serie A. Not so much in this game. Maybe it’s because I have been reading The Fix (Declan Hill, highly recommended), but now I am seeing evidence of match fixing everywhere (I am sure this is probably libelous). Or maybe DiNatale is just crap, whatever. The point is, Udinese should have won that game 20-0 and Roma played like crap. Of course, I’m not sure what to make about a team who is about to relegated and yet, almost made it to the finale of the Coppa Italia, but that’s Italian soccer for you.

At least my original Twitter prediction didn’t come true: Udinese has 90% possession, has had 90 shots on goal, and will still lose 1-0 in the 90th minute.

I am also disappointed in the game because it was on GolTV, but sans Ray Hudson. This could be due possibly to his constant racist comments against Luca Toni. RE: “it’s the giant pasta man!”

The only thing I want to discuss about yesterday’s game, which I could not watch (fuck you Setanta!), is the post-game, ultimate José quote:

"Why can Barcelona not act like champions and accept they lost on the night to a team that played better?" – José “Be Champions” Mourinho

As for the game right now, all I can say is this: man, is Ribery having a shitty week or what?

You know, it’s pretty sad when the best player on your team is Swiss. Well done Stefan Frei, I hope you start looking for a better club.

That’s all for now, I have to get ready to hang out at the AGO tonight. Soccer and art: the life of a Master’s student.